Clash in a smarter way!

Building Information Modeling is a method of achieving collaboration and coordination in the implementation of design and other aspects of a construction project. Engineering design is a dynamic field that necessitates effective coordination among a variety of stakeholders to achieve desired results. Building design project entails multiple stakeholders, including structural engineers, architects, contractors, suppliers, and vendors, which can make the project completion process extremely complicated and complex. Furthermore, the entire building design and construction ecosystem are confronted with the difficulty of project completion on schedule. Precision and accuracy are key aspects throughout the design phase in such a circumstance.

Clash detection is a term used frequently by AEC firms. Three-dimensional drafting of computational models allows for this type of early detection of discrepancies in the design process. Detecting discrepancies is critical because they can have a significant impact on the construction process, resulting in delays, design changes, material costs, and budget overruns. Clashes are typical in construction projects with multidisciplinary teams working on a single construction project. Clashes can be geometric, with one structure passing through where it shouldn’t, or schedule-based, with elements occurring concurrently rather than sequentially.

There are three types of clashes: hard clash, soft clash and workflow clash. Many hard and soft clashes, as well as workflow clashes, occur when designs from various disciplines are combined on a shared platform.

If such model coordination is not done properly this can result in significant rework. For example, problems occur when the MEP (mechanical, electrical and plumbing) models have not been checked against the structural models. This can result in concrete formwork having to be reworked to allow for conduits to pass through. This is very expensive and unnecessary. By evaluating the constructability or operations of the structure, BIM effectively assists contractors and construction engineers in discovering these clashes.

Clashes existed even before the advent of building information modeling methodology in older construction projects. Their detection, on the other hand, was time-consuming since it was mostly done manually. Construction crews would lay out the 2D blueprints and manually check for any potential clashes.

Working as part of a multidisciplinary team might be difficult due to the high level of BIM model coordination and administration that is required. Modern clash detection techniques have the advantage of detecting clashes early and resolving them before the design is built. As a result, a large sum of money can be saved.

The term clash detection encompasses a variety of clashes. There are three types of clashes: hard clash, soft clash and workflow clash.

Hard clash: A hard clash occurs when two objects take up an identical space. Hard clash detection is carried out using algorithms that are built in the BIM object and are based on geometry and rules.

Soft clash: A soft clash indicates that an object has not been given sufficient geometric tolerances in the design phase or if its buffer zone has been violated. Soft clash detection can even show whether or not an object complies with building codes.

Workflow clash: A workflow clash results from inconsistent or conflicting building information. This form of clash occurs when elements occur simultaneously rather than sequentially.

Why do clashes occur?

Clashes are usually discovered and resolved in BIM coordination, at a moment in time when a model or several models together are handed over to other parties. If so, they are resolved only when the model itself is already considered finished. Clashes used to be discovered when the models of all contributing parties were considered to be final.

More common causes come down to the process, due to the fact that digital models necessitate completeness and precision even when the design is still in development. When multiple parties contribute models, they all have insufficient information about the final design. Insufficient information will necessitate them to place placeholders with exaggerated geometries. In other cases, the model may express not definitive geometry but merely design intent. These models may nonetheless persist even into the detailing phase. Finally, lack of (specificity in) design rules will cause parties that model concurrently to intrude into one another’s design space.

Quintessentially, clashes are a symptom of the siloed nature of construction project teams, where partners from multiple disciplines work isolated from one another. Even when cloud-based common data environments are available, they might not (sufficiently) support clash detection, and there may be a need for but lack of experts who can execute the checks.

To some extent, to expect no clashes at all could be considered even unrealistic, because all parties must submit their work due before deadlines, regardless of the complexities of the design. In that case, clashes are an opportunity for a project team to become aware of unresolved design issues and to adjust their planning to accommodate for previously unknown challenges before they grow out of hand or are even passed down to the next phase.

How to spot clashes?

Manual clashing is supported by simple to use, easy 3D navigation. Using Section Box and Measurement Line tools, and either element orbit or first-person view, the user can visually inspect clashes. Selective display supported by features such as Element browser, Filters, context-dependent Smart Filters, and the innovative ghosting slider allows the user multiple ways in which they can classify the building information and obtain displays of the information they need in order to find clashes. While time-consuming, manual clashing well done is an efficient way for the human user to gain a higher-level understanding of the underlying causes of clashes that occur in the models and allows them to formulate their findings accordingly. Challenging our desire to automate everything, this process is very suitable in the design phase, where the relative truthiness of the digital models depends on many factors that are hard to grasp for computers and may elude even the most complex algorithms.

Automated clash checks can be set up by using one of Verifi3D’s built-in clash algorithms to create parametrically defined Rule Sets. Catering to different scenarios, Verifi3D has a hard Clash Check, a soft clash check called “Free Space Check” (upcoming), and intersection checks that test individual and federated models for any occurring intersections.

Assisted clash checking can be understood as a hybrid between manual and automated checks, made possible by the simple and interactive user interface in Verifi3D. The aim is seamless transitions from purely manual checking to the use of user-defined filters, to the use of algorithmic checks. In construction projects, there are always edge cases and unforeseen situations. Assisted checking workflows allow the user to make manual checking more efficient, and to make automated checking more meaningful.

How to resolve clashes?

Through integrations with both CDEs such as Autodesk Construction Cloud and Autodesk BIM 360 and issue trackers such as BIM Track, BIMcollab and BIM 360 issues, V3D integrates into your workflow. It allows all users to check their clashes even before they hand over their models. More frequent checking means that modelers become aware of issues earlier in time and contact their project partners ahead of time if necessary. More frequent checking means fewer issues accumulate. Fast feedback loops between checks and authoring software, allow partners to bring together and align their models in one shared, up-to-date environment with minimal effort.

How to avoid clashes?

Verifi3D comes with all ingredients for avoiding clashes. Once the project team has agreed to work in a BIM workflow that includes model coordination in Verifi3D, it is possible to make use of advanced clash detection algorithms and to create checking templates to be used by all members of the project team. Then model coordination can take place based on a common data environment. Checking becomes a distributed, collective activity, executed together by all members of the team, in a shared workspace. This allows for a pro-active, iterative workflow, in which feedback from the data validation tool is constantly available, akin to a spell-checker. This allows designers to gain shared situational awareness and to be better informed and more accurate with their model output.

As more data in standard formats are combined into models, software tools are likely to become more sophisticated. Working on a single collaborative, coordinated building model rather than numerous models brought together to form a single complete model at key stages should significantly reduce the number of project clashes.

Clash detection is a core feature of any BIM verification tool, and Verifi3D can detect clashes between one or more architectural objects in a BIM model. Save time by automating clash detection and improve the quality of the models by validating data early. Verifi3D provides designers and general contractors with the tools they need to validate BIM data, automate, and reduce clashes in real-time during the model checking process.

Digitized clash detection workflow allows teams to share and collaborate on the same project more easily and efficiently. Clash detection enhances BIM and helps in effectively identifying, inspecting, and reporting potential conflicts and interferences in a construction project model. Prioritize the issues that require immediate attention and assign and sync issues with issue trackers such as BIM Track, BIMcollab and BIM 360 issues in real-time in the cloud. The high level of collaboration and organization engendered by clash detection reduces the risk of human error during the model inspection and reduces the amount of rework and change orders required, lowering project cost, completion date and quality. 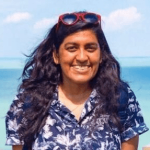 No comments to show.

For a better built environment

Copyright © Verifi3D All Right Reserved.
This website uses cookies: We use cookies to personalise content and ads, to provide social media features and to analyse our traffic. We also share information about your use of our site with our social media, advertising and analytics partners who may combine it with other information that you’ve provided to them or that they’ve collected from your use of their services. Learn more
DenyAccept All
Manage consent

This website uses cookies to improve your experience while you navigate through the website. Out of these, the cookies that are categorized as necessary are stored on your browser as they are essential for the working of basic functionalities of the website. We also use third-party cookies that help us analyze and understand how you use this website. These cookies will be stored in your browser only with your consent. You also have the option to opt-out of these cookies. But opting out of some of these cookies may affect your browsing experience.
Necessary Always Enabled
Necessary cookies are absolutely essential for the website to function properly. This category only includes cookies that ensures basic functionalities and security features of the website. These cookies do not store any personal information.
Non-necessary
Any cookies that may not be particularly necessary for the website to function and is used specifically to collect user personal data via analytics, ads, other embedded contents are termed as non-necessary cookies. It is mandatory to procure user consent prior to running these cookies on your website.
SAVE & ACCEPT